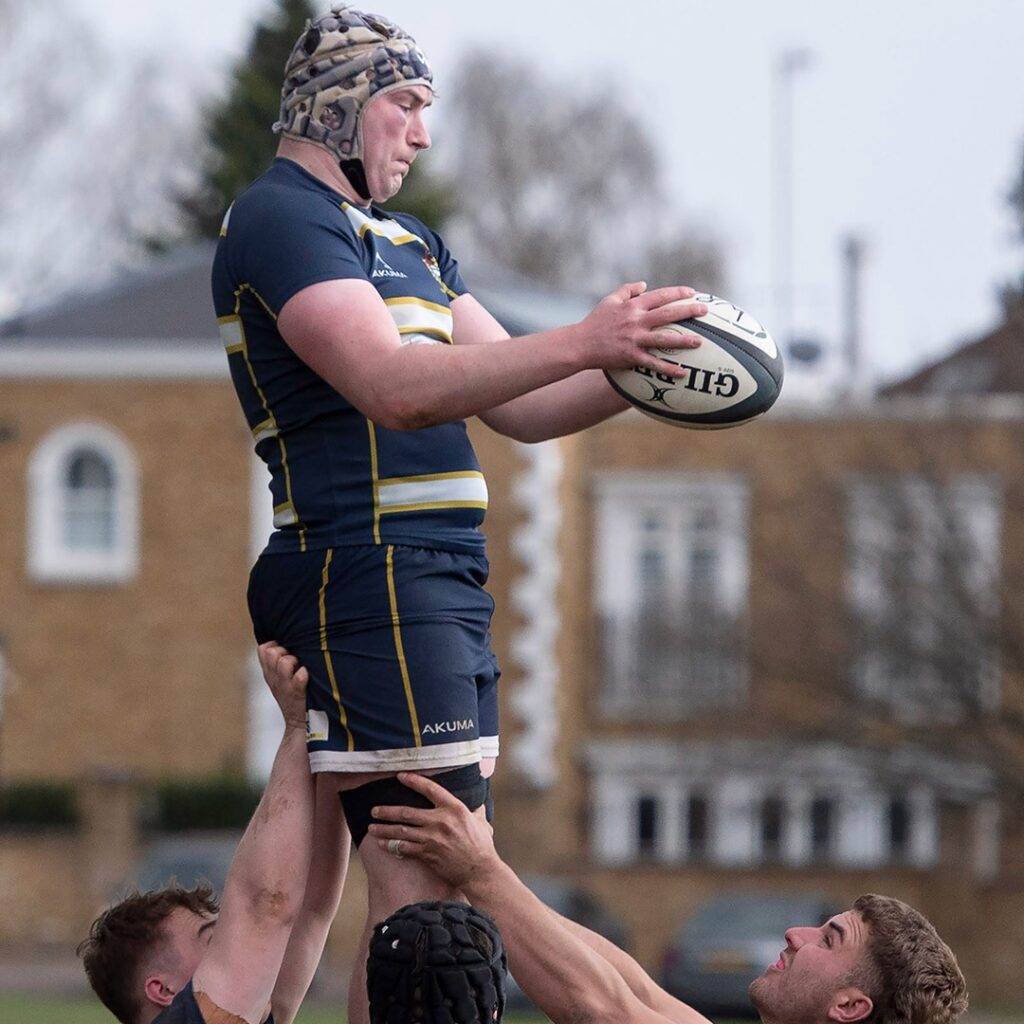 Tunbridge Wells travelled to Wimbledon with a side weakened by the absence of a number of key players which resulted in a bit of a mismatch. Wimbledon started strongly and quickly realised that they had the beating of the Wells backs when their inside centre, Henry Peuble, broke the Wells defence to score under the posts with only two minutes played. The successful conversion by Jack Noble, the first of 11 he was to have in the afternoon put the score at 7-0. Wells came back and despite giving away two ruck penalties managed to stay in the home side’s 22 long enough for a successful penalty from Finlay White on 13 minutes, 7-3. Any encouragement this gave the visitors was quickly dashed when a poor kick by Wells gave the Wimbledon winger ample space and time to run the ball back. Two slick passes resulted in a home try on 15 minutes, 12-3. Five minutes later Wimbledon scored again when poor Wells tackling allowed Finn Taylor to cross for a try on 20 minutes, 19-3. The Wells pack stuck to its task with some aggressive running from hooker Ben Mutch but were struggling to win good ball. A 5-metre scrum saw the Wells pack shunted backwards and a pushover try conceded on 25 minutes, 26-3.

From then on Wells had no answer to Wimbledon’s slick running game and were punished with a further five tries before half-time, resulting in a deficit of 61-3 at that point in the game.  Wells made some enforced changes with Max McCabe coming on for Richard Webster.   On 45 minutes Wimbledon were able to field a Wells clearing kick and pass the ball down the line to winger Jamie Millais to score, 66-3.  Wimbledon continued to play simple rugby with the backs using the ball well to create space and overlaps, Taylor crossing for his second try of the game on 50 minutes, 73 -3.  Wimbledon were now on top in the scrum and while Wells were competitive in broken play poor passing and decision making under pressure let them down.  A yellow card for the Wimbledon loose head for dangerous play did not weaken the home side who set up a driving maul on 63 minutes to score another easy try, 78 – 3.  Wimbledon then had time to put centre Paul Hendry in for a final try and successful conversion, 87 – 3.