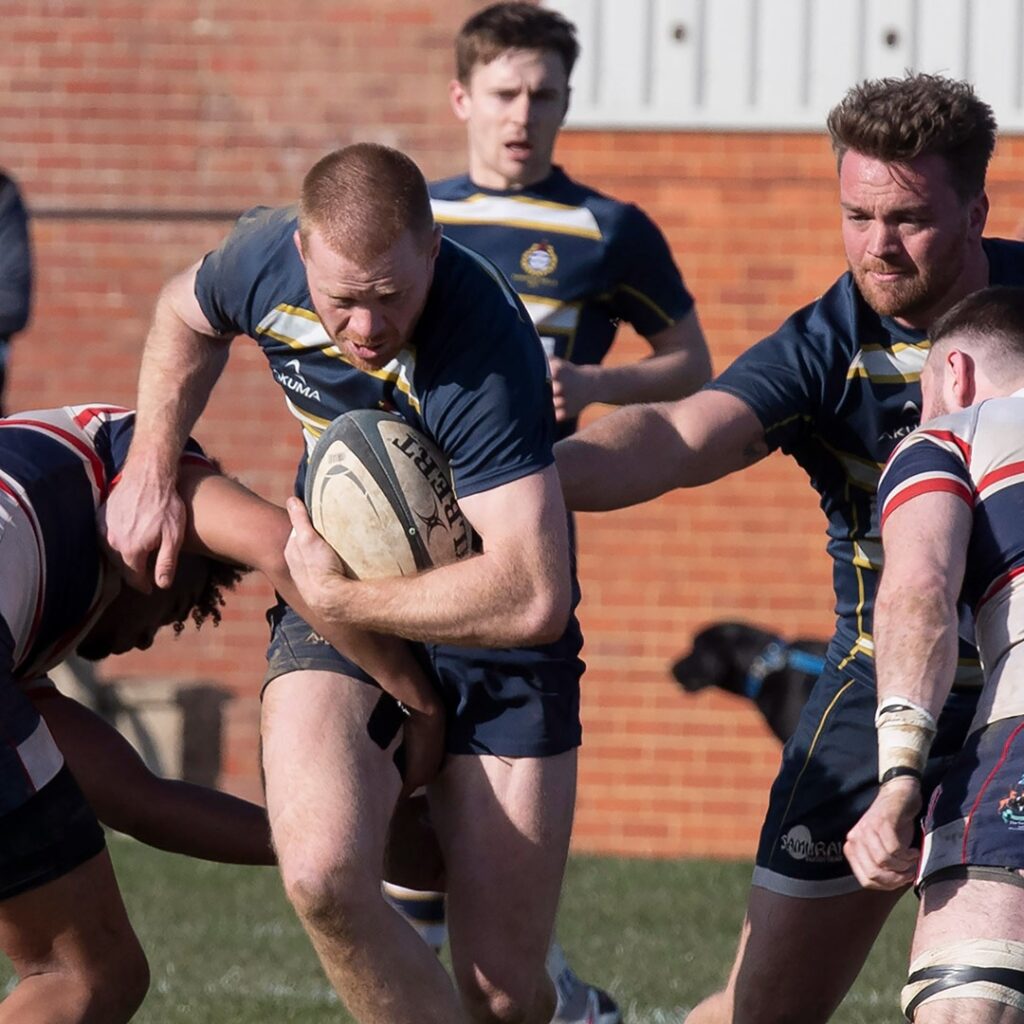 Played in bright dry conditions with a strong easterly breeze two sides who have struggled with injuries and availabilities all season met for what was clearly going to be a very competitive game.

Wells kicked off up the hill and immediately dominated  both in terms of possession and speed at the breakdown. With many regulars on the long term injury list the town side fielded no less than 5 wingers with two- Matt Spicer and Richard Webster playing in the second row and the back row respectively.

Wells were in the lead within a minute as fly half Finlay White struck a penalty from in front 3-0  and Wells continued to occupy the CS half of the pitch as they moved the ball quickly away from breakdowns. With only 8 minutes on the clock the home side went further into the lead after a clean break from Jack Smith saw him feed scrum half Tom West who went in for the try converted by White 10-0. Wells demonstrated continued appetite for the game taking only another 2 minutes for the pack to exchange 7 or 8 passes before the ball found full back Max Douch on a straight run to the line and Wells’ second try 15-0 after 10 minutes. CS at this point had hardly touched the ball and Wells came straight back on the attack from the kick off Skipper Mike Doherty making the first of a number of clean breaks and CS committing an offence in the tackle to give White the chance to add 3 points to the lead on 15 minutes 18-0.

Sadly despite Wells having at least another 3  clear-cut  chances of scoring as they continued to dominate in the second quarter, sloppy passing and ball retention prevented any addition to the score despite several further clean breaks from M Doherty and the Wells scrum dominating proceedings in the tight.

Gradually CS started to increase their share of the ball and show that in the wide channels they had the edge if they could get the ball there. Against the run of play CS got the ball wide on 20 minutes to left wing Luke Trigg who got around the back of the Wells defence to score out wide 18-5.

The rest of the half until halftime approached saw Wells not able to produce the speed of ball or accuracy of passing as the pack continued to give the side the majority of the ball. With 5 minutes to go to the break CS got into the Wells 22 and rolled a maul over the line for their hooker to score with their fly half converting 18-12 and with a minute of injuries on the clock back they came again as Trigg intercepted 30 meters from his own line and just made it to the try line to make the half time score 18-17 with CS winning the try count 3-2.

The first 20 minutes of the second half saw parity in the loose, Wells dominating the scrummage but losing the lineouts. Nevertheless the forwards were able to provide a reasonable supply of ball but a large amount of this was relatively aimlessly kicked to the opposition to launch counter attacks. However, Wells started to get on top again and on 60 minutes White hit another penalty to increase the lead to 21-17. The home side continued to press and on 68 minutes Mike Doherty got away again making 70 metres before being pulled down just short of the line before a CS second row was penalised for an offence on the floor and shown a yellow card. White kicked a simple penalty for 24-17. With 5 minutes go White had another chance 5 meters to the right but the easterly  breeze pushed the attempt wide of the posts.

The minutes continued to tick away but CS now had the smell of victory in their nostrils as they launched a wave of counter attacks getting the ball wide on 79 minutes to score on the right and the conversion successful from the touchline to bring parity at 24-24. Into injury time and CS continued to press up the right and after shrugging off a number of tackles the CS No8  Mike Azilli managed to get the ball down in the corner in the 86th minute to wild acclaim from his team and the total disappointment of the home team to pull off what had looked an unlikely win 25 -29. As the conversion failed the final whistle followed.

Wells will be disappointed with this loss as they had every opportunity to put the game beyond CS in the first 35 minutes. That they didn’t was down to handling in midfield and perhaps trying too hard to force the game.

Things will not be any easier next week when club stalwart and No 8 Nick Doherty marries fiancee Chloe and a number of the squad are involved as the rest travel to Wimbledon who are never an easy prospect at home. KO 3 00PM.