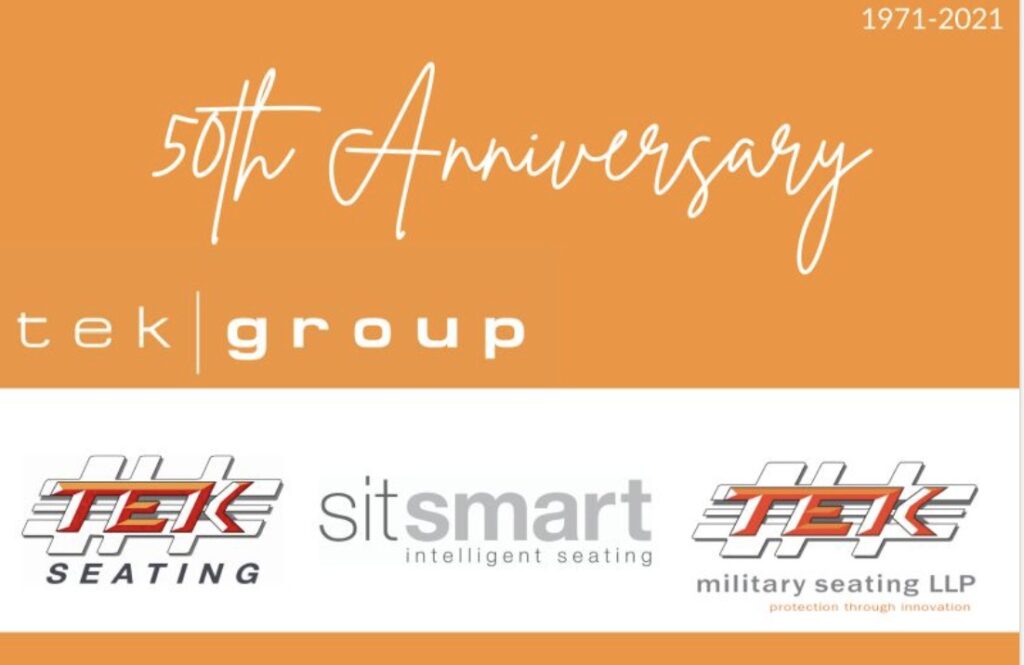 TEK Group remains a local, family run business but has grown to become the UK’s largest independent vehicle seat distributor for the OEM and aftermarket.

“TEK Group is really proud to hit this significant milestone” said Paul Fleming, CEO TEK Group. “ It’s down to the hard work and loyalty of past and present team members. Being part of the community we work in is very important to all of us at TEK Group and our involvement with TWRFC is just part of our commitment to community engagement.”

“TEK Group have been a 1XV sponsor for over fiveyears” said Simon Hughes, Head of TWRFC Commercial “Paul and the team at TEK have been fantastic advocates of the club and continued to support us through these challenging times. We are delighted to see them hit their 50 year anniversary and we wish them all the best for the next 50.”

For more information on TEK Groups products and services: