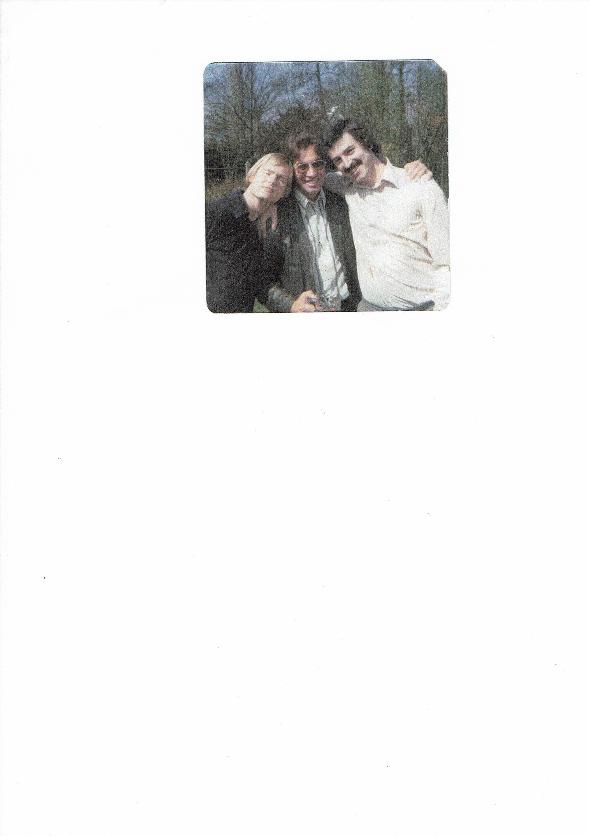 I started playing rugby at school mainly at wing-forward (that’s “flanker” to the modern player…..).

At Exeter University, I continued playing, now at fly-half and centre and this was quite a step up from school rugby. We played all the top teams in Devon and Cornwall including Penzance-Newlyn (Cornish Pirates) who were a top national side at the time. I still remember having to enter the ground through turnstiles and playing in front of a paying crowd for the first and only time.

Following University I entered Accountancy and before my second year exams I enrolled for a 2 week refresher course at Maidstone College. At lunchtime most of the other students took out their packed lunch whilst I set off to find the nearest pub which happened to be the Admiral Gordon. As I pushed open one of its spring doors, another chap was in the process of entering with me.

He was on the same course as me and his name was Geoff Hoad. At that time he was Treasurer of what was then Old Skinners RFC and he introduced me to the Club and I resumed playing again, mainly at centre, for another 12 years or so.

Playing back then was markedly different from today in some respects. Most matches were played relatively locally, often with our 4/5 sides playing the same club opposition teams home & away. There was a short break at half-time, you remained on the pitch, and if you were lucky you received a slice of orange. In the club house you were usually sustained (food wise) with a cheese roll.

More drinking (certainly at the clubhouse) took place after the match. Drinking and driving was not as tight as it is these days. After 2 or 3 pints or so quite often the singing would start and certain players were noted for their repertoire of particular songs: Geoff Hoad – The Keyhole in the Door; Happy Howard – The Lobster Song; Phil Jones – The Sloop John B; Rudi Birkby – The Barley Mow and I believe I introduced – I Want Some Beer…….from my time in the west country.

After away matches, we would often meet up at pubs on the return journey to Tunbridge Wells and on one particular occasion we were drinking in The Nevill Crest & Gun. It was a cold evening when a certain club member added rather too much wood to their large inglenook fire……we all managed to leave just before the fire engines arrived!

Collecting (or “liberating” in the modern vernacular) various signs after away matches was quite a regular pastime and in the old Clubhouse, before it burnt down, we had a very impressive collection. I remember Mick White always being very handy with a screwdriver…..and a rather smart pub sign returned from a well known Greenwich pub in the boot of my car on one occasion.

The club legend for many years was Fred Delves. Where does one start – whatever I said about him would not do him justice. Apart from holding various senior positions within the club he was always larger than life. The clubhouse was his second home and if it needed repair, decorating or cleaning there was Fred. He would always insist on buying the first round and did not stop there. It was always a pleasure to play with Fred on the pitch and socialise with him after.

Tours were an annual feature much, more than they are now and I was responsible for arranging one to Apeldoorn (Holland). I believe we may well have played their National Team (well almost) and won in spite of Roger Clarke’s (affectionately known as Woggy in those days) attempt at an “up and under” which had us all retreating at least 35 yards (as they were in those days).  Just as well Roger is not still playing today…….

The highlight of the tour was meant to be a night in Amsterdam but en route our coach broke down in some village. Quite a few of us ended up at a local wedding reception party and I seem to remember they did not make us as welcome as they could have done! I do recollect in one particularly crowded pub, that we were all rather squashed in and nobody paid the slightest attention to Steve Hoar (dear late Steve) who for some reason was happily drinking away completely starkers.

I have enclosed a photo taken on that tour. I’m in the middle, Roger is on my right (the one with the fair hair in case you did not immediately recognise him) and to my left is Richard Harman. Richard, in his own words, is probably the most talented fly-half to ever play for the club (if perhaps a touch greedy sometimes). I remember once after several sidesteps (possibly one or two too many) rather than passing to me he was brought down just short of the line. I then had to wrestle the ball off him in order to touch it down.

What I am sure hasn’t changed is the camaraderie engendered as a result of playing the game of rugby. Football, for example, was not the same. I still have lifelong friends from my rugby playing days, many going back over 50 years. Contacts through rugby and other sports can play a significant role in furthering ones career and I became partner in a small software company for 20 odd years through Geoff Gates who must now be one of the oldest surviving members on our Life Vice Presidents board.

Also in those days, perhaps it is similar today, there was always a local pub that you could pop into on your own in the evening and there would always be someone from the club there. For many years it was the Kelsey Arms                  (opposite Skinners) along St Johns Road – which is now a Tesco Local….

Make the most of playing the game of rugby while you can. Ones playing days are soon over and although I enjoy watching now, it is never quite the same.

I hope you enjoy reading Mike’s colourful tale of days of old….and I also hope it encourages you to take up the pen (or at least open up the lap top) and share your own experiences of our great game. I would be very grateful to receive them at gwithers10@btinternet.com