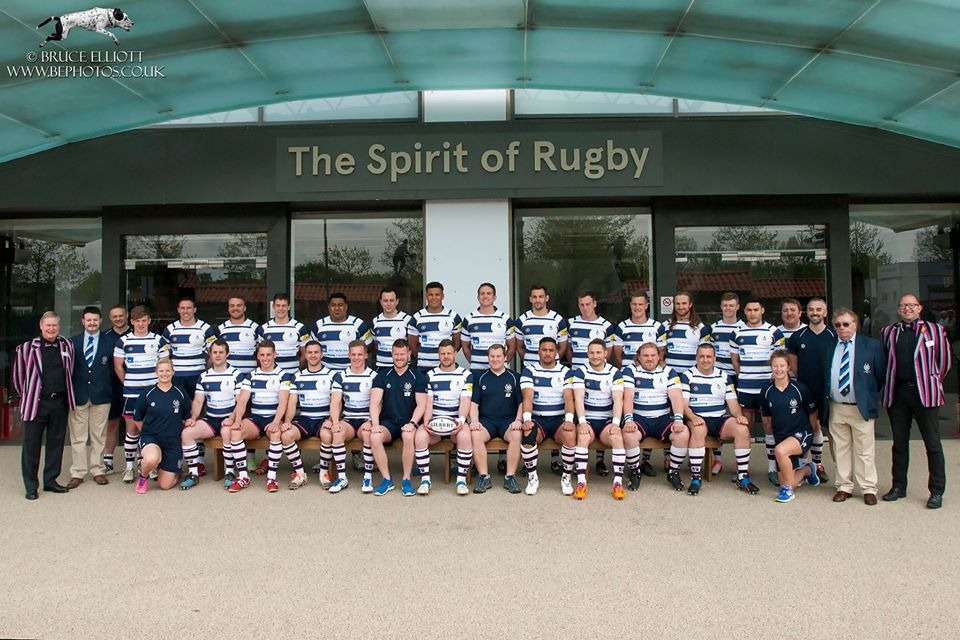 Memoirs of a Lino – Part II

“I woke up that day full of hope and expectation.  With our Twickenham suits on, Dad and I joined the Tunbridge Wells team on the bus to Twickenham. I had my Lions tour flag (a Union Jack with the Tunbridge Wells RFC crest on it) made up but sadly it was too thick to hang on the bus. After a quick stop at the hotel, arriving at Twickenham was exciting seeing it up close and knowing we would enter through the famous gates.

After assisting the team with the allocation of passes, we entered the gates and what we saw was something that only international players experience usually. Having the 9,000 Intermediate Cup record TWRFC fans clapping us all in was absolutely amazing, and I will never forget them calling us all by name.Even though I didn’t have a pass to go to the changing rooms, I said to Dad “keep going” and helped take kit into the changing room and had to say to our New Zealand born players that they were sharing the same dressing room that the All-Blacks had won the World Cup in a few months prior in an attempt to try and inspire them. I considered hiding in the toilets during warm-up so I could sneak pitch side using a borrowed pass, but remembered Dad and I had Royal Box tickets courtesy of our excellent chairman.

Heading out with the players and being invited to be in the team photo was unforgettable and that photo holds pride of place in the hall. While the players went to warm up, Dad and I headed upstairs to sample the excellent facilities Twickers had to offer. I was tempted to hang the flag off the edge of the Royal Box but realised I had left it on the bus and realised the RFU board members probably wouldn’t have appreciated that!

The game got off to a bang with Lee being yellow carded without warning for a seemingly innocuous tackle, to which I couldn’t control my anger with some very un-Royal town behaviour of shouting “WHAT?!” several times. Thankfully my anger subsided as TWRFC took control and completely dominated with every player playing the best rugby I’ve ever seen them play in my 11 years as Touch Judge. Tries from Docco, Alex Maynard, Lee Campion, Fred Tila and Chaz Spence, excellent kicking from Hayden Pope and a drop-goal from Charlie Harding (which I couldn’t help but laugh when he did it).

The lifting of the trophy was the icing on the cake and watching it back again and again with me in the background cheering always gives me butterflies knowing I was there and a part of the most successful season in the club’s history. It was also touching at the end of the post-match function where our captain Sean O’Connor paid tribute to the team and also singled me out for thanks, which I was almost moved to tears for his graciousness.”