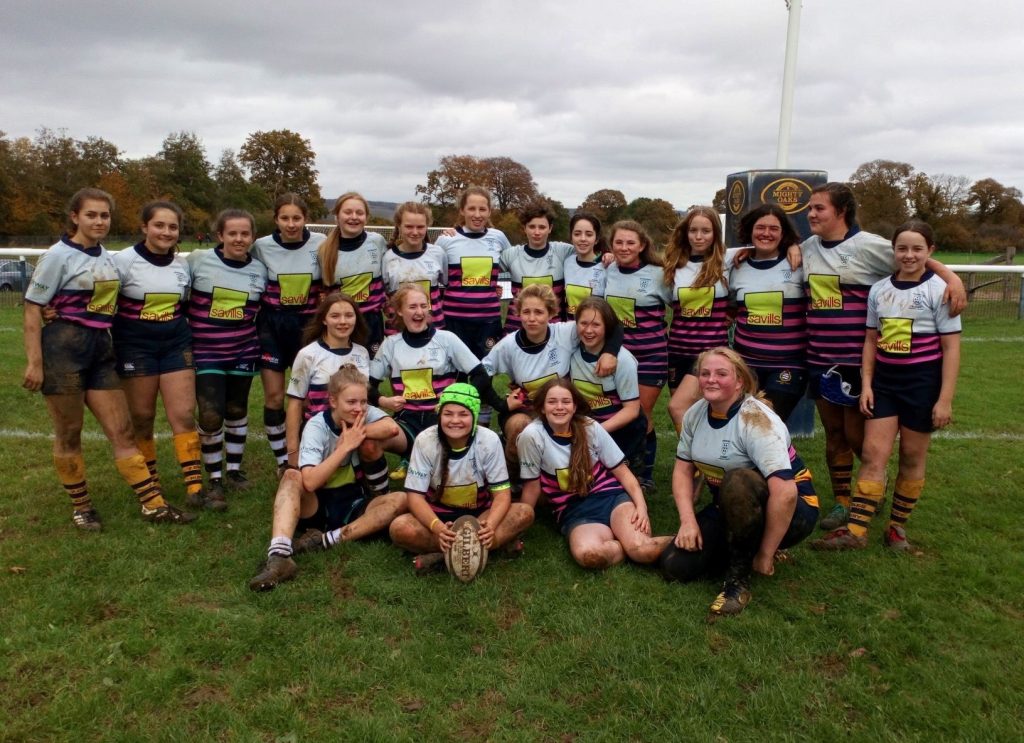 Fantastic display of girls rugby today with the TWRFC & Sevenoaks U15 girls, the #A21,  playing Dartfordians in their league match at Sevenoaks in perfect rugby conditions.

A massively strong start saw #A21 new girl Mary score out wide from outside centre, after some strong forward play and good backs hands.

Then Scrum-Half Faith scored her first try putting one between the posts after a phased attack. Iona added the two.

The half finished with a Darts counter attack making it 17-5.

The second half started with more swaps of players giving everyone as fair a crack as we could. Dart took great advantage of this and ran in three tries, but only after FlyHalf Iona planted one between the posts after a run from her own 10m line….and added her own two.

With Darts getting close, a concerted effort by tired bodies drove the Darts back in a ruck & maul festival ending with Oaks No8 Hannah going over.

The #A21 kept the pressure up until the last blow of the whistle, finishing 29-20.

Special mentions to Molly who stormed back after 5 weeks injury layoff, and Rosie who played her first game and fitted in perfectly.

Also welcome back Maddie who played a stormer on the wing, and stepped into the second row to help out in the last 5mins and “proper loved it”,